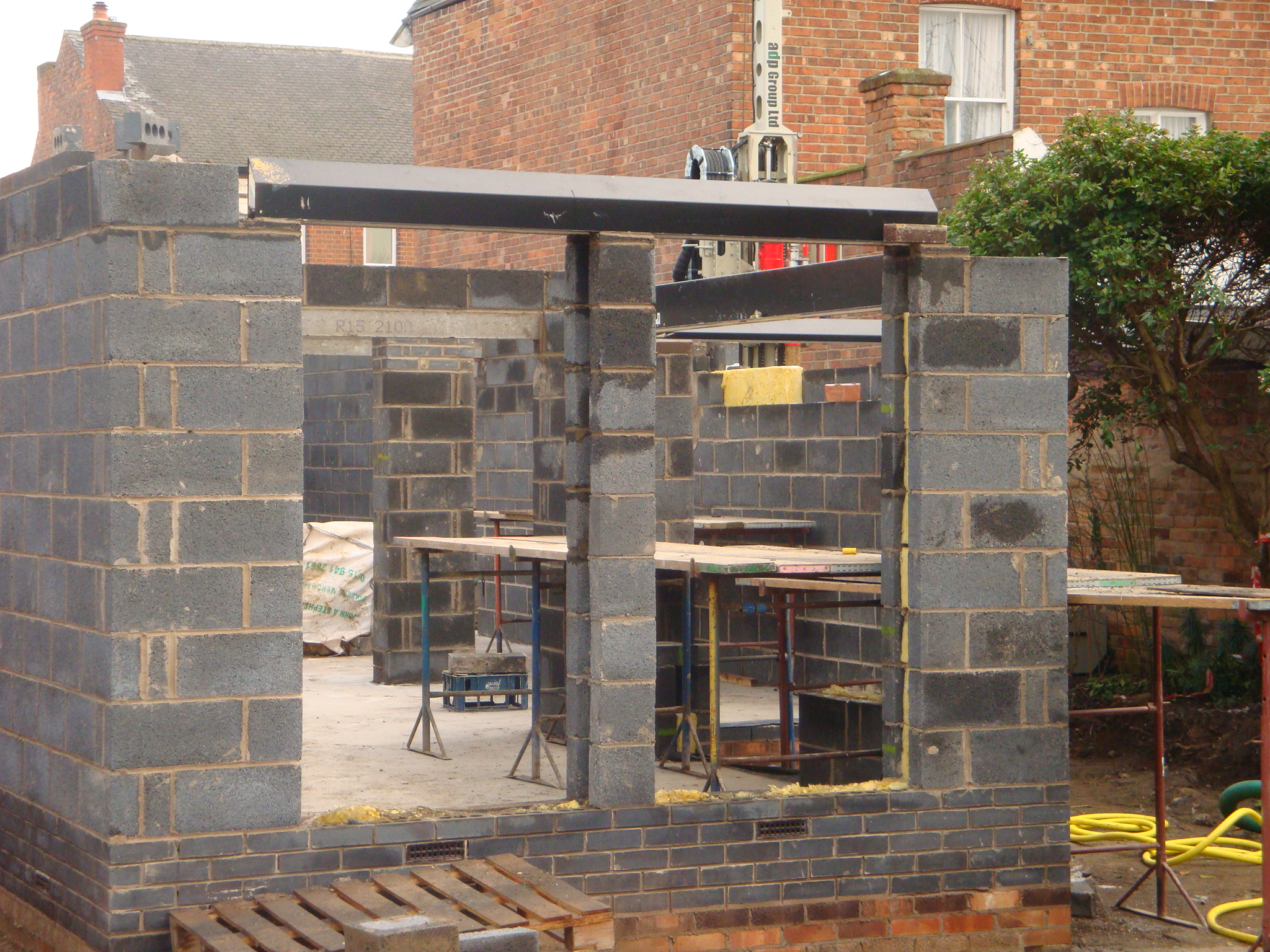 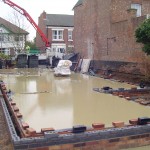 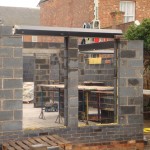 After our super flat (apart from the fox paw prints) screed had set, the guys came back to site after the Christmas break and blockwork quickly began to fly up. It was great to see such rapid progress, but it also meant that the longer we took to find another drilling contractor the less room they would have to manoeuver on site. 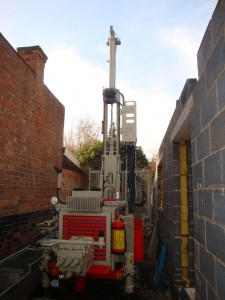 We found a company that had a track mounted drilling rig that  would fit between our new house and the neighbours, so drilling of the first borehole commenced.

2m lengths of drill rod are added until the desired depth is achieved, and water is used to continually flush out the debris.

The first hole took a week to drill, and the ground loop was then lowered in and the hole backfilled with thermally conducting grout to ensure the best possible heat transfer from the ground to the pipes.

Unfortunately the second hole was not so sucessful !

Rather than stay a little later on a Friday to get the ground loop installed and back filled, the drillers left site leaving the open borehole. They returned on Monday morning to find that the hole had started to collapse, and spent a further 2 weeks trying    to clean out the borehole. Eventually the hole had to be abandoned, backfilled and a third borehole drilled in a different location. This took a further week, putting us way behind schedule on the reat of the build as blockwork had all but stoppped whilst the drillers were on site for over twice as long as planned. As space was so limited, we couldn’t get a digger on site, put up scaffolding or complete the drains whilst the drillers were in the way !  Apologies to all the neighbours who had to put up with the noise for much longer than expected.

Alan our builder was very patient, and did what he could to keep work progressing on site in the meantime. He buried the rainwater harvesting tank in the back garden, and started setting ou the first fllor joists. We’d decided to use engineered joists, which should give us a squeak free floor and also have an open metal web design to make runing services in the floor void easier. This will make installing our ventilation ducts much more straight forward.