Excluding one high price, the other five tender returns were quite close together.

We had decided to provide many of the basic building materials ourselves,

figures we had also set aside a portion of the budget for renewables.

estimating service that gave us costs for most of the materials needed, from bricks

and blocks to rainwater harvesting tanks.

The tender process was not just about cost however, as we also had chance to meet

with.   Eventually we agreed to appoint Alan Fearn of Saxton Builders in Chilwell

very quickly, he had good references from other satisfied customers and took the

time and trouble to have several  long meetings with us to discuss the project.

We agreed the price, start date and signed a fixed price contract with Alan and our

No turning back now !

Once planning permission had been granted, the next stage was to prepare the more detailed drawings and specification document that would be submitted for building regulations approval and gaining prices from contractors.

Initially we were surprised at the level of detail required, as we were forced to think about finishes, decorations, even kitchens and bathrooms. This needed a lot of decisions from us, but our Architects explained that the more detail we gave the builders, the more accurate their prices would be. We were very keen to get fixed prices before we appointed any builder, so we did a lot of research, and visited the Grand Designs Show.

Whilst the planning application related to the overall design, appearance, size and exterior materials of the house, the Building Regulations application included technical details of structure, drainage, services, insulation, heating etc. This is to help ensure new buildings are constructed in a safe and energy efficient manner. At this stage we decided to add extra insulation to keep our heating bills down to a minimum, and spend a little more on renewable technologies that would make our home more sustainable and cheaper to  run in the long term. We planned to use photovoltaic (pv) panels on the roof to generate electricity, collect rainwater for toilets/washing machine/gardening, and use a ground source heat pump to produce warm water for our underfloor heating. Although more costly to install, these technologies should actually save money overall and mean that we are not reliant on utility providers and their ever increasing prices.

Once the Building Regulations approval had been granted, we had a nervous wait for the tender returns from six local builders !

After informal discussions with Rushcliffe Borough Council the principle of a house on the site was considered acceptable by the planning department, although we had to submit a flood risk assessment to the Environment Agency. This did seem rather unreasonable, since Millions have been spent recently on flood defences along the River Trent !

When we had finalised the design, we invited all the neighbours over to announce our news ! Initially shocked that we were going to move, they were all pleased to hear that we were only moving 15 metres away, and have been very supportive ever since.

It took the usual 8 weeks to gain our approval, and the only amendments requested were a flood evacuation plan.

Whilst waiting for the approval, we started to think about the construction and renewable technologies we might want to include. 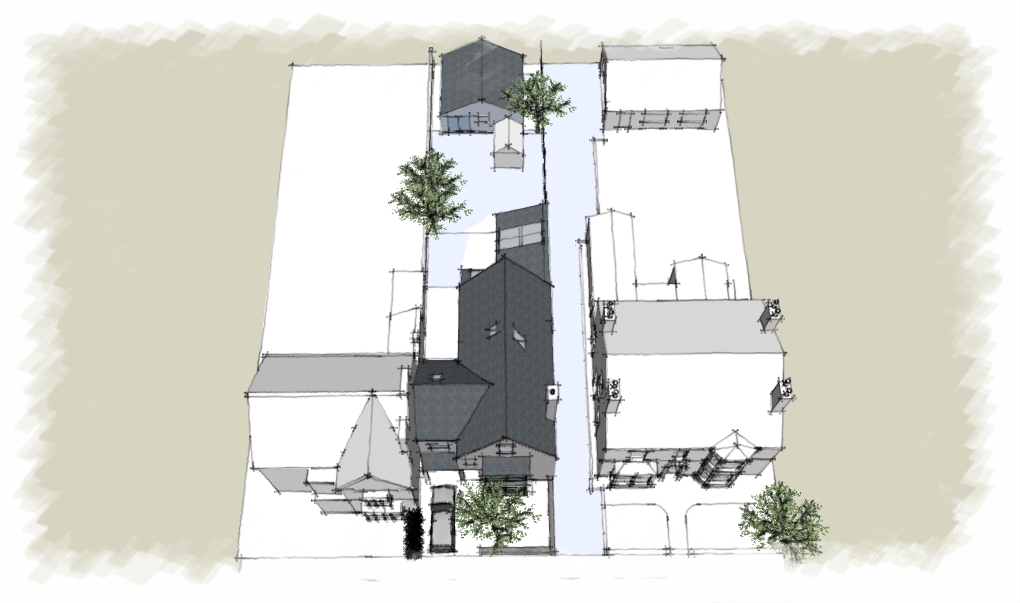 Our brief to the Architects was the first stage, and when we really had to think about what we actually wanted/needed. When you are used to a spacious detached house in a double plot, it’s quite difficult to compromise and downsize.

Fewer smaller rooms will mean much of our furniture will have to go, but at least a smaller garden will mean less work and more time for doing other things in our retirement !

Design wise we wanted a house that was sympathetic to it’s neighbours, but with a modern twist rather than pretending it was Victorian.

The design that evolved was Victorian in scale and mass, but built in more modern materials with grey render and aluminium windows. Although we amended and refined the design several times, we felt it was time well spent which will hopefully minimise the need to make any changes once the builder has started work.

We don’t want to incur extra costs and delays, because we’ve changed our minds part way through the build. 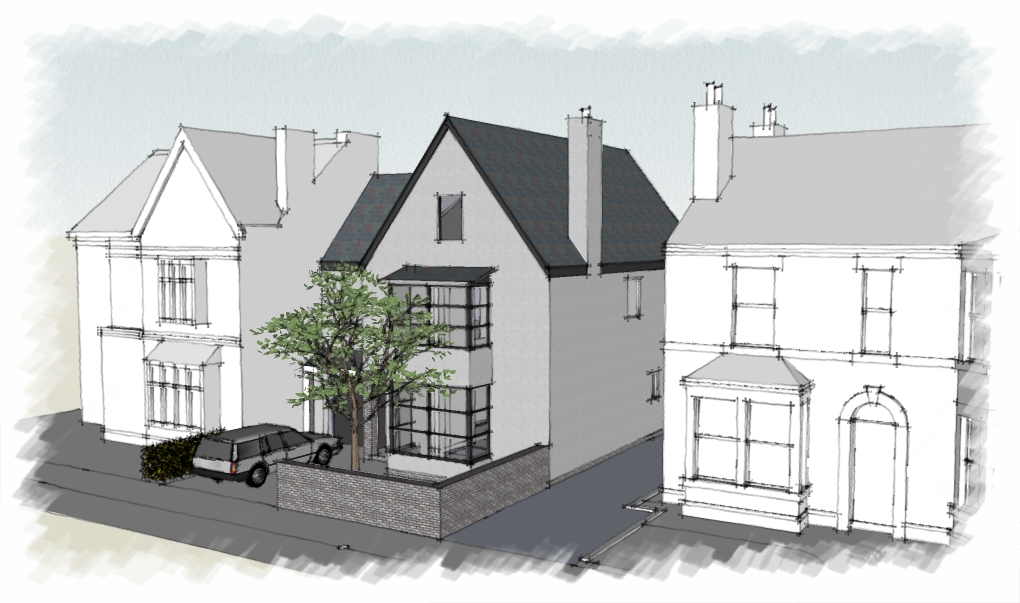 After living in a large Victorian house for 20 years, we felt it was time to downsize into a more energy efficient home requiring as little maintenance as possible. Although a lovely property with many original features, the open fireplaces, solid brick walls and single glazed sash windows meant keep the place warm in winter was no easy feat.

We were lucky to have a large garden in which to build, and our Architect son and daughter in law managed to secure planning permission despite the site being in a flood zone.

We thought this blog might be of interest to people considering doing the same, and plan to update photos on a weekly basis.

Hope you enjoy it, Alan & Margaret.